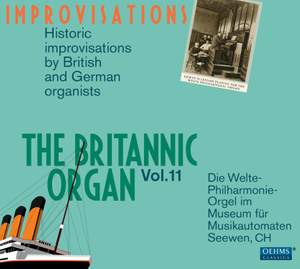 This production of recordings on the Welte Philharmonie Organ in the Museum for Musical Automatons in Seewen is dedicated to the subject of improvisation.

During the 19th century, improvisations occupied an undisputed place in piano and organ music. This free, imaginative manner of playing in the era of Classicism and Romanticism also existed during the 20th century, especially amongst organists in their daily practice, but it receded into the background of public musical life and perception in the eyes of the music industry.