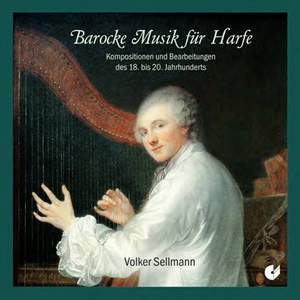 Tthis CD brings together three underlying stylistic trends in music for the harp. On the one hand there are original Baroque compositions, and on the other neo-Baroque new works written in the spirit of the 17th century. Thirdly we encounter adaptations of Baroque works (not originally written for the harp), composed in the early 20th century in the style of late Romanticism and neo-Classicism.