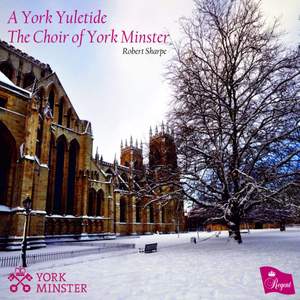 Walton: All this time

Christmas is arguably no better experienced than in one of England’s great cathedrals, not least at York Minster. Music plays a key role here: the uplifting sound of the choir in joyous repertoire, the grandiose sound of the organ, and the wonderful acoustic all come together to celebrate this season.