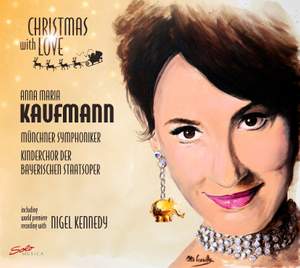 Zacar: When a Child Is Born

The album includes 14 traditional as well as lesser-known Christmas carols from around the world in completely new arrangements by Prof. Andreas Tarkmann (arrangements for Anna Netrebko, Placido Domingo and Jonas Kaufmann) and Nicholas Dodd (one of the leading film music arrangers and conductors in Hollywood, known e.g. for James Bond - Casino Royale / Quantum of Solace, as well as Independence Day and Stargate).

A very special highlight represents at the same time a world premiere. None other than the world-famous violinist Nigel Kennedy contributes with the specially composed song "Christmas?" to this album. Recorded with Kennedy's own ensemble and the poignant voice of Anna Maria Kaufmann, who also acts as lyricist here, this song is a true Christmas gem.