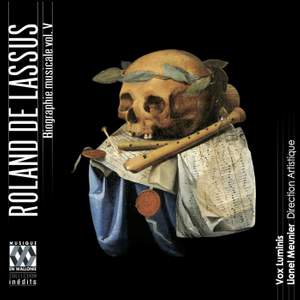 The last of our five-CD series dedicated to “Lasso: a musical biography” is not strictly biographical, but intends to report in all their diversity the immense celebrity of his works, from his beginnings up to posthumous publications, spread by publishers-printers from France, the Netherlands, Italy and Germany.

It ends with one of the only two 12-part compositions written by him, a grand motet for wrapping up this quintuple tribute to the greatest composer of the second half of the sixteenth century.