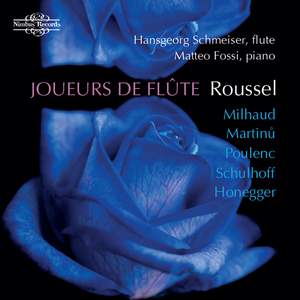 Every century since the Baroque era can lay some claim to having a European ‘golden age’ for the flute, but it was Theobald Böhm’s 1847 patented invention of a much improved system of keys and fingerings which at last provided flautists with the kind of flexibility long enjoyed by violinists. Influential flautist and educator Claude-Paul Taffanel (1844-1908) made the most of Böhm’s revolutionary design and is considered the founding father of the ‘French Flute School’ established by the turn of the century. The outstanding expressive and technical prowess of flautists graduating from those classes at the Paris Conservatoire saw numerous compose rs paying the instrument serious attention in the 20th century, and even today you will struggle to find a leading flautist without a ‘six degrees of separation’ musical ancestry that is traceable to Taffanel.