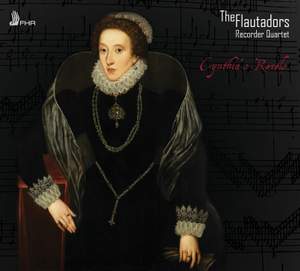 Can She Excuse My Wrongs

Tye: In Nomine "Farewell My Good One, for Ever"

Music from Elizabethan England featuring Fantasias by the great William BYRD, Anthony HOLBORNE and Alfonso FERRABOSCO II, the beautiful Lachrymæ pavane by John DOWLAND, lively dance music by Thomas MORLEY alongside lesser known composers Elway BEVIN and Hugh ASTON. Performed on a beautiful renaissance consort of recorders made by Thomas Prescott after 16th century instruments in the Vienna Kunsthistorisches Museum. This album gives a fascinating glimpse into courtly life during the reign of Queen Elizabeth I.