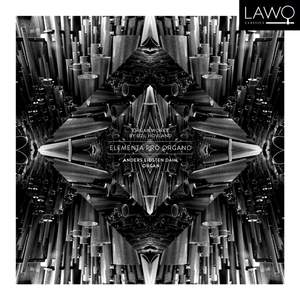 Egil Hovland’s life and range of activities can be viewed as a long journey through ever-changing musical landscapes. He was born into a musical family with ties to Seiersten bedehus, a religious meetinghouse. Thus Hovland’s earliest musical impulses were revival hymns. From there, his path led to an education in church music. When he had attained the highest level our country could offer, and with excellent marks, he continued his journey with composition studies in Norway, Denmark, Italy and the USA.

Hovland wrote large works — symphonies, concertos, operas, choral works, organ music, and much more — and he composed smaller-scale works, such as chorales and biblical hymns. In some aspects of his compositional activity, Hovland was someone who sought out new paths and broke new ground. Anyone looking for something in our national music that can be called “modernist” by twentieth-century standards will necessarily end up with Hovland, among others. His experimental works often led to intense debates.

This shows that he emerged as one of the leading composers in our musical life.

Egil Hovland was a performing church musician over the course of his active career, serving Glemmen Church the entire time, from 1949-94, a total of 45 years. It gave Glemmen’s musical life, especially its church choir, a distinctive reputation throughout Norway. And Hovland’s close contact with the musical life of the church as it unfolded in the midst of the congregation doubtless had an important reciprocal influence on this facet of his compositional activity, one that left its mark on his compositions.

But the unique quality of Hovland’s profile does not emerge until we add the second observation, namely, that this towering figure of Norwegian musical life used a great deal of his time and creative power in his efforts to shape and organise the music for worship service in all its forms. He generously put his boundless capacity for work at the disposal of various church projects over the course of two decades.

And the third observation? It is the beauty of Hovland’s written scores, so clear and decorative that they could be printed directly.