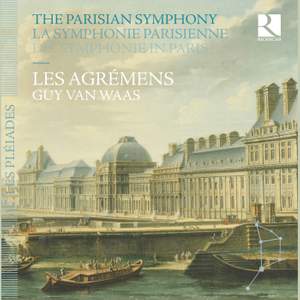 Hérold: Symphony No. 2 in D major

It was at Le Concert Spirituel that the Germanicstyle symphony made its appearance in Paris. This story began in the 1750s with the arrival of musicians from Mannheim, including Johann Stamitz, in the French capital. Subsequently, various composers such as the Belgian François-Joseph Gossec appeared as the creators of the earliest French symphonies before Haydn’s symphonies enjoyed a very particular success there.

This set, released on the occasion of the 20th anniversary of Les Agrémens, takes up most of the recordings conducted by Guy Van Waas in a repertoire bringing together composers played in Paris at the end of the 18th century (Gossec, Grétry, Haydn, Krauss), and announcing the beginnings of the Romantic symphony with two recording premieres: a symphony by Hérold and Beethoven’s Second Symphony.