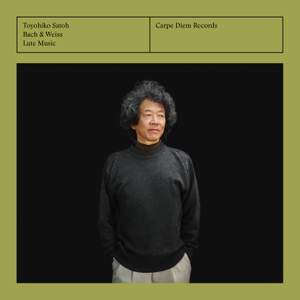 The new solo CD of Toyohiko Satoh, the 72 year old Japanese lutenist who is considered my many as one of the most influential lute players of the last century, presents a well-known repertoire of baroque lute music.

Mr Satoh was the first lutenist to record J S Bach’s lute music on LP in the 70s (Phillips). Now he returns to this music 40 years later, delivering a completely different rendering of these iconic pieces.

His playing has been influenced much by the studies of traditional Japanese arts such as tea ceremony, No-theater and Zen meditation. So here we are presented a recording that draws from the deep silence within, from the awareness of everything in the universe being connected, and from the understanding of Bach’s music as a universal, almost superhuman symbol of completeness.