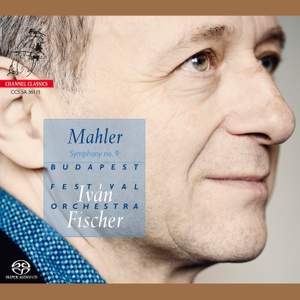 You can always expect insights from Iván Fischer's energised Budapest Festival Orchestra, and he has his own distinctive view on this most traumatic and ultimately transcendent of symphonies…for... — BBC Music Magazine, August 2015 More…

Recording of the Week,  Mahler from Iván Fischer and the Budapest Festival Orchestra

The stunning new recording by one of the undisputed contemporary Mahlerians,Ivan Fischer.

The Ninth Symphony was the last score completed by Mahler, and it could well be that this was how he originally meant it to be. With Beethovens Ninth and the unfinished Ninth by Bruckner in the back of his mind, he was deeply superstitious about symphonies and the number nine. At least, that is what his wife Alma had to say. But did he really intend the work to be nothing less than a farewell to life, as the moving final movement seems to suggest? And as it has so often been interpreted by Mahler specialists?

According to the conductor Leonard Bernstein, the last pages of the symphony are the most musically realistic description of death itself.

You can always expect insights from Iván Fischer's energised Budapest Festival Orchestra, and he has his own distinctive view on this most traumatic and ultimately transcendent of symphonies…for those who can't have too much of this masterpiece, Fischer is essential for further enlightenment.

This orchestra can seem as if it is making chamber music, as is so necessary in Mahler’s music, and its turn-on-a-sixpence responses to Fischer’s
Urging makes this an exhilarating recording.

Fischer gives us the edginess of Bernstein without his tendency to wallow. ...it's the small things that so often strike sparks - exposed timpani properly tuned, problematic textures rendered with airy chamber-like luminosity…[this issue] is in a very special class, a sonic dazzler, quite apart from its bold musical qualities. A potential Award-winner!

Fischer is faithful to Mahler’s score, yet lays bare this music’s poignant sense of a leave-taking, even if it was not to be the composer’s last word on the symphony.

Mahler’s long farewell...is given heartbreaking intensity and tenderness by the Budapest Festival Orchestra, always an ensemble of great character and conviction...And what a fine Mahlerian [Fischer] is: this account is superb for the orchestra’s deep, old-world sound, for a generosity of expression that clinches the work’s turmoil but draws radiantly life-affirming conclusions.