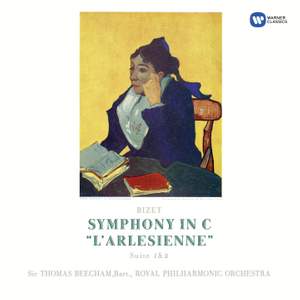 Katherine looks at the recorded legacy of the French composer.

Sir Thomas Beecham, born near Liverpool, has been described as “the best conductor of French music the French never had”. His recording of Carmen remains a point of reference, and this programme of orchestral works by Bizet exemplifies his elegance and panache. Beecham conducts both the orchestra he founded in 1946, the Royal Philharmonic, and the Orchestre National de la Radiodiffusion Française.