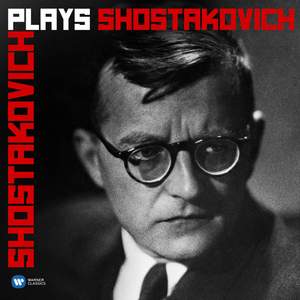 No. 6 in B Minor (Allegretto - Moderato)

All Shostakovich's recordings are distinguished by his masterly technique and the clean, non-legato touch, which is wholly in keeping with the character of his music. Yet beautiful tone and broad cantilenas are also in evidence, notably in the slow movements of both concertos and in some of the preludes and fugues. He never indulges in superficial effects for effect's sake. His playing conveys his compositional intentions with uncommon clarity and subtlety, and is in many respects individual and inspiring. It demonstrates the versatility of Shostakovich's exceptional talent, and earns him his place in the tradition of great pianism among major composers of our century: Rachmaninov, Bartók and Prokofiev.