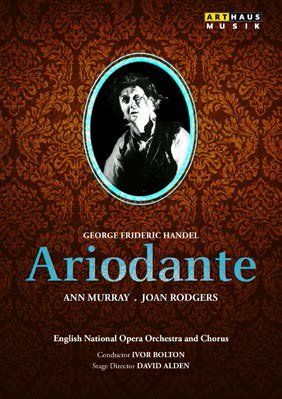 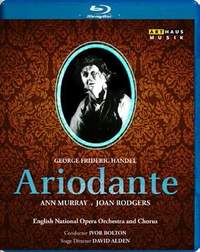 When this production of Handel’s Ariodante – directed by David Alden and conducted by Ivor Bolton – had its premiere, it met with unanimous critical and popular acclaim. Alden, as a theatrical modernist, transformed the opera seria into an erotically charged nightmare of lust, betrayal and violated innocence. With a superlative cast including Ann Murray, Joan Rodgers and Gwynne Howell this rich and strange Ariodante is a surprisingly modern drama of psychological and physical cruelty.

Ariodante is Handel’s 1735 setting of an episode from Ariosto, in which the King of Scotland’s daughter is treacherously accused of infidelity to her promised husband. The central situation of sexual jealousy and mistaken identity is set amidst a web of intense family relationships. The range of feelings provoked as the characters develop is caught in music of quite extraordinary emotional power, even by Handel’s own exalted standards.