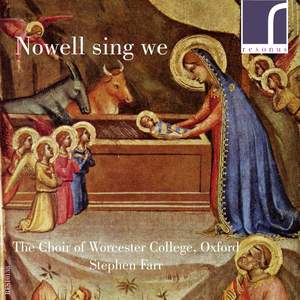 Berkeley, L: Sweet Was The Song

Moore, P: Lo! that is a marvellous change

Ives, G: This Is The Record of John

Following on from the universal critical acclaim of their first album with Resonus (This Christmas Night - RES10113), the Choir of Worcester College, Oxford - under the direction of Stephen Farr - return with a second album of contemporary Christmas Carols.