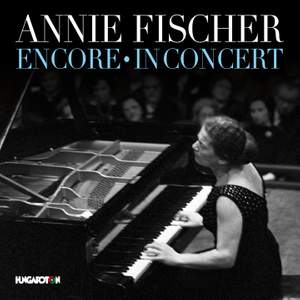 This special compilation is released on the anniversary of Annie Fischer’s (1914–1995) 100th birthday: the works on this album are previously unreleased, ‘bootleg’ recordings of her concerts, recorded by Anna Dévény, who since her youth – in the noblest sense of the word – is a true fan and enthusiast of Annie Fischer’s art. This double-disc release contains mainly concert recordings of the 1970’s in Budapest and also one of the encores of the artist’s last concert in Szolnok.