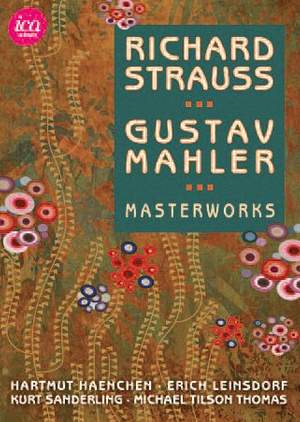 This box set includes some of the greatest works by Gustav Mahler and Richard Strauss under the baton of Michael Tilson Thomas, Kurt Sanderling, Hartmut Haenchen and Erich Leinsdorf.

Richard Strauss (1864–1949) and Gustav Mahler (1860–1911) were two of the finest conductors and composers of their day and they often conducted each other’s music. Mahler conducted many of Strauss’s works including the tone poem Ein Heldenleben featured on this set, while Strauss was a great supporter of Mahler’s music, referring to himself as ‘the first Mahlerian’. Despite their very different personalities, the two remained friends from their first meeting in Leipzig in 1887 as young conductors until Mahler’s untimely death in 1911.