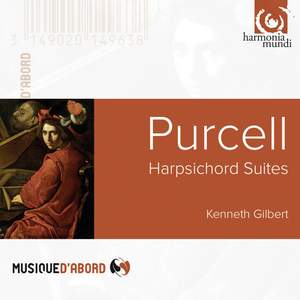 I. Prelude in C

Kenneth Gilbert [b.1931] entwined scholarship and performance more closely than most in the field of early music, making scholarship an art and performance a means of investigation. He was an early pioneer in editing Baroque scores: from a new edition to honour the F. Couperin tercentenary (1968) based on scholarly re-examination of the original engraved scores to the monumental task of preparing a new edition (from existing editions) of the 555 sonatas of Domenico Scarlatti in 11 volumes. Gilbert also edited the complete harpsichord works of Jean-Henri d'Anglebert, Bach's Goldberg Variations, Frescobaldi's first and second books of toccatas and Rameau's complete harpsichord works. In 1968, he gave his first recital in London and undertook an international career. Stephen Plaistow in Gramophone (May 1973) said: 'Kenneth Gilbert's achievement... is to rescue the music from a small circle of connoisseurs and to make it… universally enjoyable. He does so by harnessing the discipline of scholarship to his flair for performing the music... Not since Thurston Dart... has there been such a fruitful coincidence of the scholar's mind and the performer's fingers in this field'.

He has made well over 50 recordings on the Harmonia Mundi and Archiv labels, as well as a host of more specialised lines. He has focused on French music and many of his recordings are considered standards. Originally issued in 1994.