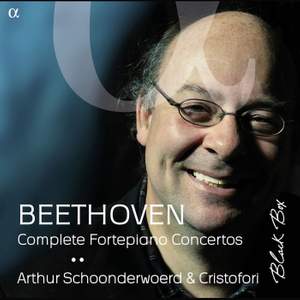 Beethoven: Concerto pour pianoforte No. 6 in D Major, Op. 61a

Alpha proposes rediscovering the three discs of the complete recording made between 2004 and 2008 by Arthur Schoonderwoerd, conducting the Ensemble Cristofori from the keyboard.

These recordings had been widely hailed by the international press at the time of their release. Beyond that success, it was the singularity and profundity of Arthur Schoonderwoerd’s approach that convinced Alpha to assemble these discs in the same box, offered at an attractive price.

Since the dawn of sound recording, this great Beethoven cycle has motivated a large number of artists and given rise to memorable interpretations. No doubt that, thanks to its aesthetic coherence and the originality of the musical options retained, this reference on early instruments will convince even more widely than in its initial edition on separate discs.