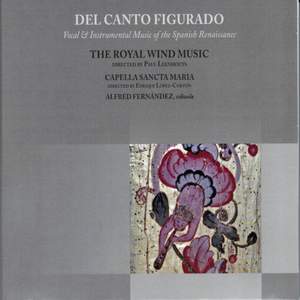 The roster of composers in this recording is both extensive and impressive, from the prince of Renaissance music himself, Josquin des Prez (d. 1521), to a string of prominent Spaniards that spans more than a century, including a renowned vihuelist and the prominent organists of the time.

This program attests to the centrality of Josquin’s production within the Spanish musical scene of the sixteenth century. Even though the componer moved around Europe quite a bit, he does not seem to have visited the Iberian Peninsula. His music, however, not only made it there but found a place of honor within the main local collections of both vocal and instrumental music.