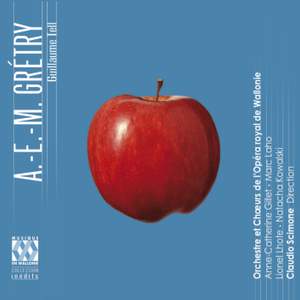 The première of Guillaume Tell by Grétry took place shortly after the French Revolution of 1789. The theme of a people in revolt against a repressive regime (in the original play, the Habsbourgs) will, therefore, have struck a chord with the Parisian audience at the time. But it was still necessary to transpose this icon into a comic opera. Grétry has highlighted, in this opera, the charms of harmony, melody and sparkling originality. A sweeping, profound style distinguishes its two finales, its situational arias, and, above all, its overture, in which he has managed to introduce the remarkable tune called the "Ranz des Vaches". William Tell, the founding myth of Swiss freedom, is familiar to everyone: sentenced to prove his skill because he had refused to salute a bailiff's hat, the hero must pierce an apple placed on his son's head.