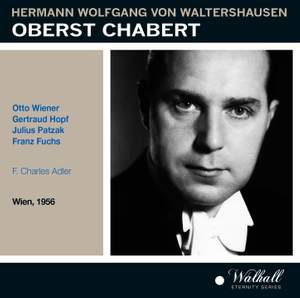 Dating from 1912, this version of a Balzac story, set in Paris in 1817, is one of the earliest attempts to fuse verismo with post-Wagnerian German opera and is notable for its harmonic adventurousness (Opera Grove). It is the only one of Waltershausen’s five stage works to do so. By the time it was revived in March of 1933, shortly before the Hitler regime stripped the composer of his post as director of the Music Academy of Munich, it had received over 100 performances across Europe before vanishing into the same post-war avant-garde inspired void as did most of the music of his contemporaries. The music should delight anyone interested in conservative, post-Wagnerian German opera.

FIRST RELEASE ON ANY FORMAT