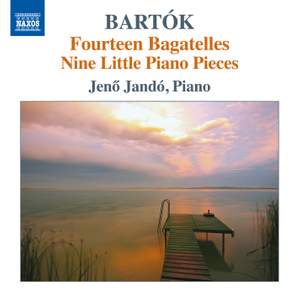 From the misery of a failed love affair came a work that Ferruccio Busoni hailed with the words: ‘At last, something really new’. This was Bartók’s 1908 Fourteen Bagatelles, unashamedly experimental, decidedly forward looking and displaying, in embryonic form, many of the qualities associated with his mature style. Buoyed by the success of his Dance Suite at a concert in Budapest in 1925, Bartók felt inspired to compose major works for himself to play as a concert pianist. These include the neo-classical Nine Little Piano Pieces (1926) which owe something to Baroque composers, especially to Italians such as Frescobaldi and Marcello, and have been described as a kind of musical scrapbook.