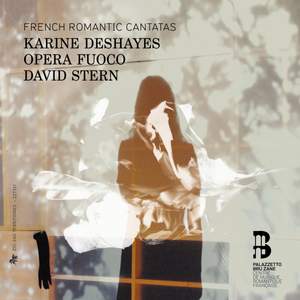 This recording, produced by the Bru-Zane Foundation and released by ZZT, is an invitation to discovery: that of Romantic French cantatas by Cherubini, Hérold and Boisselot in the company of an exceptional guide, mezzo-soprano Karine Deshayes, and with the attentive complicity of Opera Fuoco and its conductor, David Stern Composed between 1789 and 1836, these scores bear witness to a genre, the French Cantata, very much present during the Baroque era and restored to favour in the 19th century as a sort of alternative to the Italian stage, generally perceived in France as being overly exuberant.

So discoveries combined with the pleasure of again finding the splendid voice – particularly well adapted to this repertoire – of Karine Deshayes.