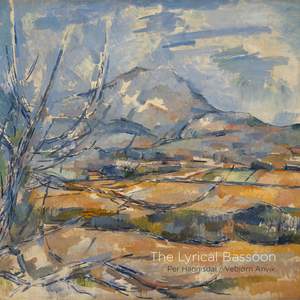 This enterprising album features some of the finest works in the repertoire for bassoon and piano. Most of the works were composed in the first half of the 20th Century, which was a fruitful time for music composed for wind instruments. These compositions were often of high quality and they constitute a significant addition to the repertoire. Two particular good examples on this recording are Dutilleux’s Sarabande et Corté and Tansman’s Sonatine.