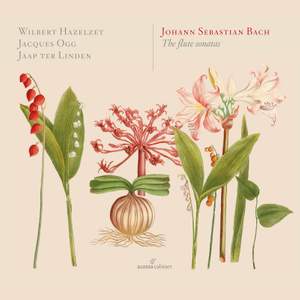 To talk about Wilbert Hazelzet is to speak about another of those magnificent musicians who, with their unforgettable recording projects for Glossa, helped create the special aesthetic view of the label, which has always seen in interpretative poetry one of its philosophical foundations. Together with his regular musical colleagues-in-arms, harpsichordist Jacques Ogg and cellist Jaap ter Linden, Hazelzet encompasses on this pair of discs the entirety of the flute sonatas as composed by Johann Sebastian Bach, including the piece which forms part of the Ein Musikalisches Opfer, and for which the heady sound aromas of a Silbermann fortepiano was used.