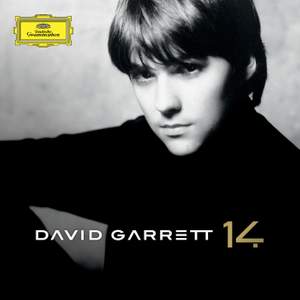 Tchaikovsky: None but the lonely heart, Op. 6, No. 6 (Nyet, tolko tot, kto znal) - Adapted For Violin And Piano

Adapted For Violin And Piano

Arranged For Violin And Piano

Violinist David Garrett’s long-lost fifth album for DG is a true treasure-trove of youthful interpretive genius. 14 documents the extraordinary and prodigious talent of the then 14-year-old Garrett – still the youngest male artist ever to sign to the Yellow Label, and now a global celebrity who fills stadiums with fans of his distinct brand of classical and crossover magic.

This album offers a glimpse of where it all began: the teenage Garrett performing a bouquet of popular yet technically challenging violin hits, including Paganini’s La Campanella, Dvořák’s Humoresque, Schubert’s Ave Maria, Kreisler’s Liebslied and Tartini’s famous Devil’s Trill sonata.

It shows why today’s icon of classical cool was destined to collect 600,000-plus Facebook fans, 5 million-plus YouTube hits, and sell over 750,000 copies of his Rock Symphonies album alone.