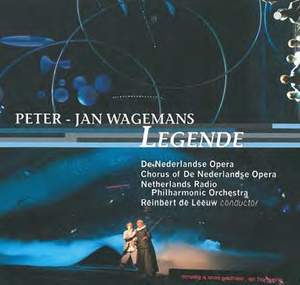 Peter-Jan Wagemans (1952) occupies a unique place amongst Dutch composers. Despite the fact that he was born and educated in The Hague, his music has little in common with the ‘Haagse School’ and its minimalist roots, even though repetition does play a role in his opera Legende.

The opera is based on the (in)famous 19th century comic book “Histoire de M. Vieux Bois” which are known in English as “The adventures of Mr. Obadiah Oldbuck” written and drawn by the Swiss author Rodolphe Töpffer (1799-1846). He intertwined comic stories about a lepidopterist (a man that catches and studies butterflies) with stories that are very serious, tragical and at times mystical.