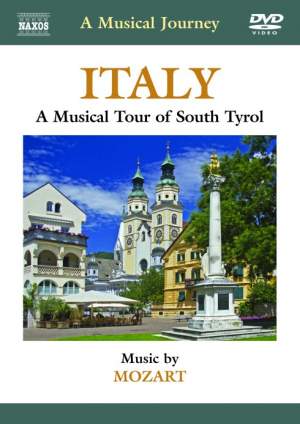 A Musical Tour of South Tyrol

Northern Italy has been variously ruled, over the centuries. South Tyrol, seen here, retains much of its Austrian past, with some regions predominantly German-speaking and others Italian. Scenes are shown of Brixen (Bressanone), with its Cathedral and Bishop’s Palace, and various historic castles, including Castel Tirolo.

Music for the tour is by Mozart, with two Piano Concertos, one written in Salzburg in 1777 for a visiting French pianist and the other composed during the last year of Mozart’s life, at the end of a decade spent in independence in Vienna.