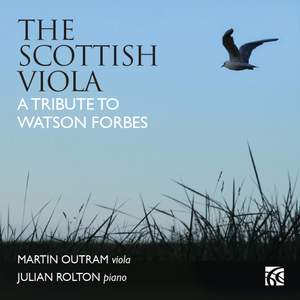 A Tribute to Watson Forbes

The Scottish violist Watson Douglas Buchanan Forbes (1909-1997) was one of the most eminent British musicians of the last century. His influence was widely felt through his activities as a soloist, chamber music player, teacher and coach. He was also the dedicatee of a substantial corpus of solo works written for him specifically or for the chamber music ensembles of which he was a member. However, he is perhaps best known throughout the string playing world as an arranger of music. Much of this is for viola, but his arrangements are also for violin, cello and several wind instruments.