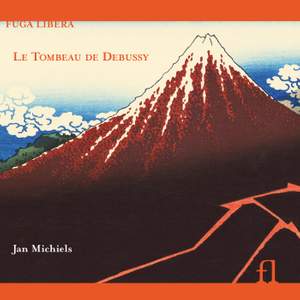 To kick off Fuga Libera’s Debussy year, Jan Michiels has conceived a superb and generous programme to honour the "ultima verba" for piano which Debussy composed during the First World War, and the most significant fragments of the collective tribute rendered to him by some of the masters he had influenced in La Revue musicale of 1920. Apposing his own signature to the cd booklet, Jan Michiels invites us to listen to his wonderful Erard grand piano.

His selection does full justice to the quality of these works which, though less popular than the Préludes and some of the composer’s earlier works, lack nothing in terms of inspiration and insight into the future. The interpolation in the Études – rendered here in full – of the pages by Dukas, Bartók, Roussel, de Falla and Stravinski and the scattered pages signed "Claude Debussy, French composer" between 1914 and 1917, are here particularly compelling: what better tribute could we give this composer on the dawn of the 150th anniversary of his birth?