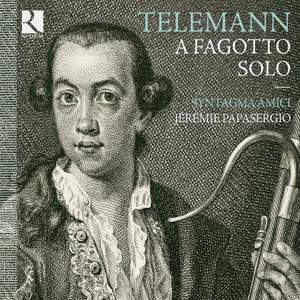 Of all the instruments that were being developed at the beginning of the 18th century, the role of the bassoon in music of that time is still insufficiently recognised. Telemann and his German contemporaries composed true solo passages for the instrument and also used it in combination with the violin, the flute, the oboe and the harpsichord. Musicians have now been performing on ‘original instruments’ for fifty years; during this time they have refashioned their techniques by combining what they have learnt from period sources with modern instrumental usage. For the oboe and bassoon, however, the two fundamental issues of historical reeds and fingerings have not yet been fully explored: modern techniques of reed-making have been adapted to historical instruments primarily for reasons of convenience. If, however, we take our lead from historical texts, from depictions of the instruments in contemporary art and from the instruments themselves that have survived, the sound that we then obtain is astonishingly different: it has more freedom and more timbre and the instrument’s production of this sound is much facilitated. This flexibility of the reed can disconcert a player who is used to a modern instrument; he simply has to become accustomed to it! The fingerings that we have used for this recording have been taken from fingering tables dating from the first half of the 18th century. Our tuning system is naturally linked to the ‘unequal’ tunings used by keyboards of the time. The highest notes in the instruments’ ranges require much more control from the player — they are difficult to produce cleanly — to the great benefit of the music’s virtuosity, brilliance and homogeneity. We have already demonstrated that these techniques increase the colours and expressive potential of even earlier forms of the oboe and bassoon in our recordings; in this recording we employ them for the first time on the instruments as they were known in the Baroque era.