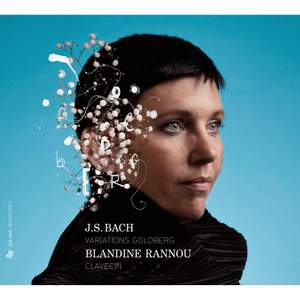 After the English Suites, the French Suites and the Toccatas, which received unanimous critical acclaim, Blandine Rannou returns to Bach with a recording of the Goldberg Variations, played on a French harpsichord by Anthony Sidey. Bach’s original title translates as “Keyboard exercise, consisting of an ARIA with diverse variations for harpsichord with two manuals. Composed for connoisseurs, for the refreshment of their spirits… ” This feast of harpsichord music, beautifully played, is indeed just that: a refreshment – and a delight – for the spirits!