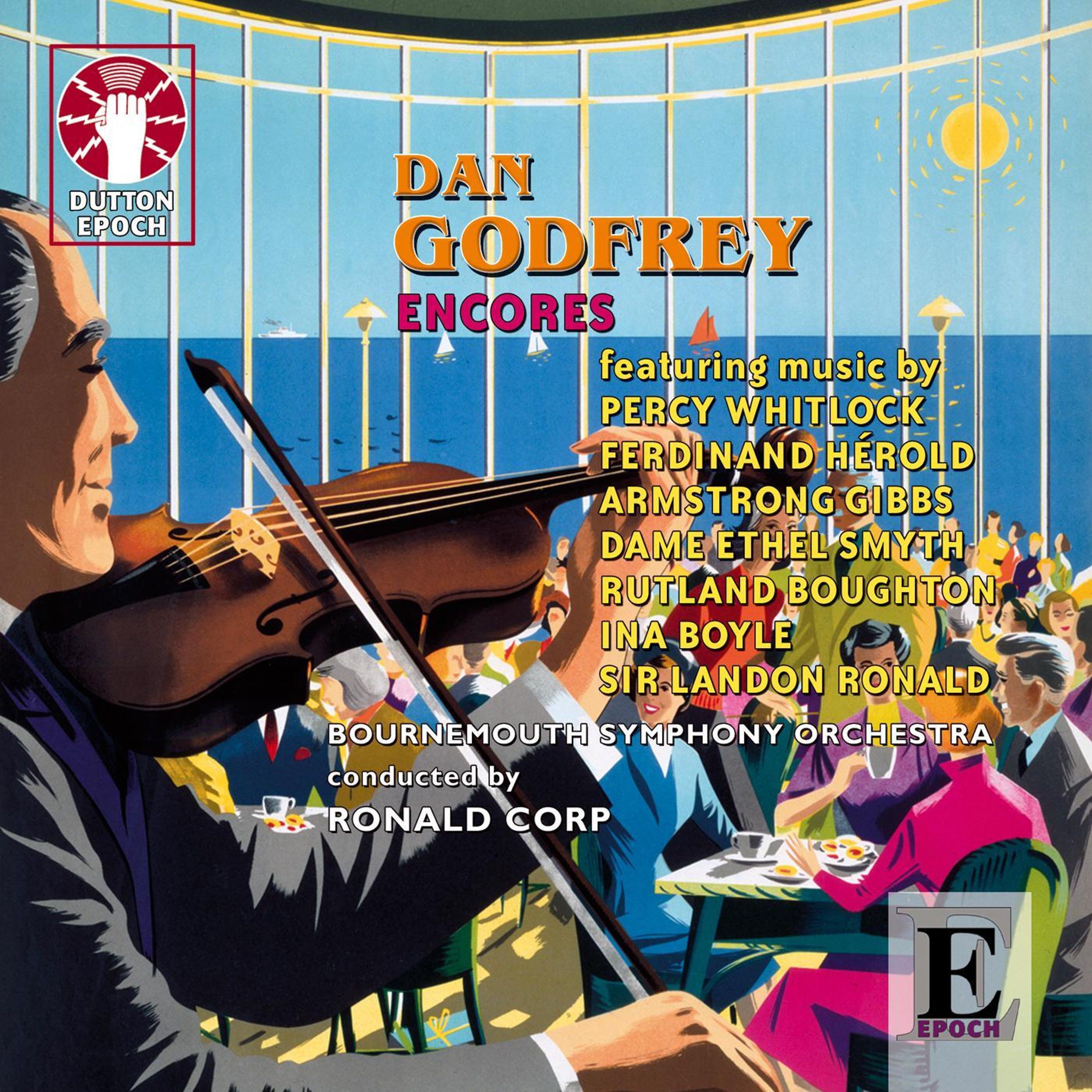 it is wonderful to have this delectable material so surprisingly resurrected, and so deliciously served up once more by the very same body that brought it to life — International Record Review, February 2012

Flynn, H: Clatter of the Clogs - A Novelty Fox-Trot

Ronald: In an Eastern Garden

Birch: Dance of the Nymphs

Boyle, I: The Magic Harp

Conductor Ronald Corp’s survey of a dozen of the shorter works given by the Bournemouth Municipal Orchestra between the Wars, is here played with great enthusiasm by its successor the Bournemouth Symphony Orchestra. The mix of short symphonic works and the tuneful light music Dan Godfrey played on the pier and on his 78-rpm recordings is striking and makes for a delightful programme equally appealing to lovers of both light music and orchestral music of the 1920s. Hérold’s popular Overture Zampa sets the scene. World premiere recordings include Percy Whitlock’s brilliant Carillion for organ and orchestra, Armstrong Gibbs’s tuneful ballet music from Maeterlinck’s 1921 London hit The Betrothal and Ina Boyle’s prize-winning Baxian tone poem The Magic Harp of 1919. Dan Godfrey was notable for championing women composers, and as well as Ina Boyle, Ronald Corp’s programme includes Dame Ethel Smyth’s tuneful overture to her opera The Boatswain’s Mate. Also from an opera of that time is the orchestral version of the Love Duet from Rutland Boughton’s The Immortal Hour, which has not been recorded since the 1920s. Similarly evocative of the 1921 London theatre is the charming, scented violin solo In an Eastern Garden from Sir Landon Ronald’s music for the play The Garden of Allah. These are set in context with half-a-dozen surviving light music scores including Byron Brooke’s scintillating Gee Whizz! This is a sparkling and entertaining xylophone solo brilliantly played here by Matt King. Other light music scores include Montague Birch’s Dance of the Nymphs and Intermezzo (Pizzicati), Howard Flynn’s novelty fox-trot Clatter of the Clogs, Ludwig Pleier’s Karlsbad’s Dolls’ Dance and Cecil White’s A Sierra Melody. Once favourites on dim old 78s, hearing them again in modern recordings is an invigorating musical experience, and Ronald Corp and the Bournemouth Symphony Orchestra catch the élan and charm of this music. Includes world premiere recordings.

it is wonderful to have this delectable material so surprisingly resurrected, and so deliciously served up once more by the very same body that brought it to life