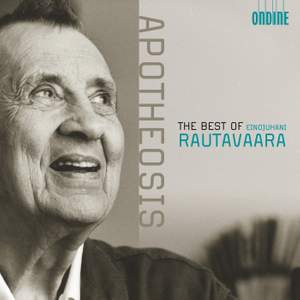 Apotheosis: The Best of Einojuhani Rautavaara

Rautavaara: Symphony No. 7 'Angel of Light'

This mid-price CD compilation couples the greatest orchestral hits by Einojuhani Rautavaara, one of the most-performed and best-selling classical composers alive.

Rautavaara is Finland’s most successful composer after Jean Sibelius. He is by nature a romantic, even a mystic, and writes music in a very approachable style.

The Helsinki Philharmonic Orchestra and Leif Segerstam have countless pedigrees in performing Rautavaara’s works, including Grammy-nominated Angel of Light.