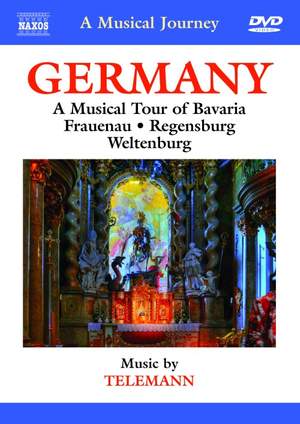 A Musical Tour of Bavaria

Music for the tour is by Telemann, a friend and contemporary of Johann Sebastian Bach, founder of the Leipzig Collegium Musicum later directed by Bach, godfather to Bach’s second son and for many years in charge of music in Hamburg, where he was later succeeded by his godson. The music here includes a Suite for recorder and strings, and two concertos from his Tafelmusik, one for three violins and the other for two horns.

Bavaria, in south Germany, in earlier times ruled by an Elector, whose capital was Munich, is a region of the greatest variety. The places seen here start with the Bavarian Forest and its traditional craft of glass-blowing. Other scenes are of the great palace of the Thurn und Taxis Princes at Regensburg and the fine baroque monastery church of St George and St Martin at Weltenburg.