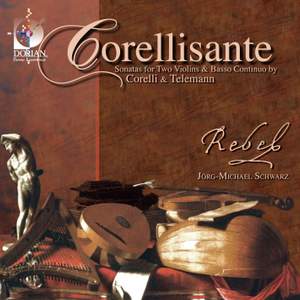 Corellisante pays homage to two of classical music’s most revered composers, Corelli and Telemann. This is the first recording of its kind to truly explore the musical parallels between these masters. Corelli’s engaging compositions are distinguished by a beautiful flow of melody, and by a mannerly treatment of the accompanying parts. Largely influenced by Corelli, Telemann was more widely known as a composer even than Bach during his time. Telemann succeeded in capturing the proud, serious, and dignified character of Corelli’s music. He managed to create music that mixed Corelli’s style with his own and in that way paid tribute to his admired model.