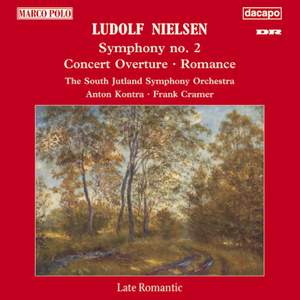 Ludolf Nielsen was one of the leading Danish composers in the first decades of the 20th Century. This recording includes his best-known symphony as well as first recordings of two "Nordic-coloured" works. As a Danish Late Romantic Ludolf Nielsen forms a link between National Romanticism and the many new impressions coming from abroad at the turn of the century.