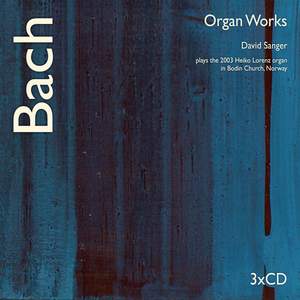 David Sanger (1947-2010) had an illustrious career, his debut recording was for the Deutsche Gramophon label in 1974. This present set of three Bach CDs was recorded in 2010 and follow on from eight earlier discs recorded for Meridian Records. The release of this set marks the last recordings of David Sanger, an apt end to a fine career. His memorial service was held in Cambridge on the 5th March.