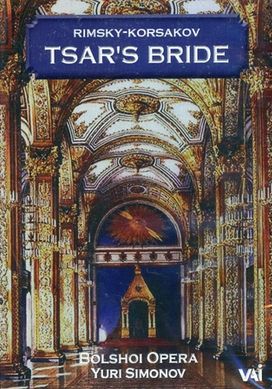 omposed in 1898, “The Tsar’s Bride” was Rimsky-Korsakov’s tenth opera. Based on the true story of an ill-fated peasant bride of Tsar Ivan (“Ivan the Terrible”), the opera was composed in a traditional musical style, filled with lush “cantilena” melodies, intended by the composer as a response to the ubiquitous influence of Wagner. This 1983 Bolshoi Opera production features a magnificent cast under the direction of Yuri Simonov. Color, Mono, 4:3, 158 minutes; Sung in Russian, with optional subtitles in English, French, and Russian, All regions.

Orchestra and Chorus of the Bolshoi Theatre, Yuri Simonov