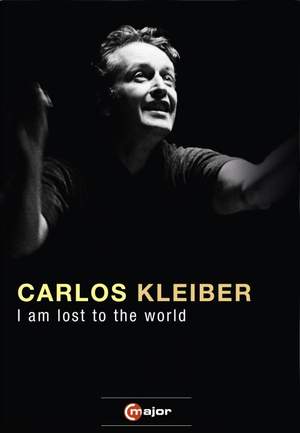 Offer, Carlos Kleiber: I am Lost to the World

as well as several musical excerpts conducted by Carlos Kleiber

Georg Wübbolt's I am Lost to the World includes a rare radio interview with Kleiber and emphasises the destructive/inspirational relationship with his famous conductor father Erich. — Gramophone Magazine More… 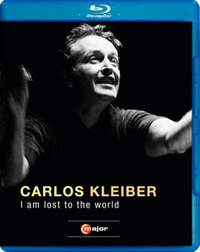 Carlos Kleiber: I am Lost to the World

Carlos Kleiber, the eccentric and reclusive conductor has achieved cult status in music circles and has built a loyal fan base. The film uncovers some of the mysteries and tries to clear up preconceptions of one of the most elusive conductors: what were the real reasons he cancelled that often? It sheds light on the relationships with his family, including his father and mother, traces the developments of his career and covers the ‘mythologizing’ that started during the lifetime of the maestro. Carlos Kleiber has always been a major mystery to the world and probably even to himself too. He disposed to close the door to his closest family circle for any biographers and his children indeed respect his wish. This is why the filmmaker had to do his research amongst the conductor’s musical companions, collaborators and friends. The film includes never seen before film footage, interviews with Ricardo Muti, Otto Schenk, Dr. Otto Staindl, friend and attending physician of Carlos Kleiber, members of the Wiener Philharmoniker, the Münchener Philharmoniker and the Berliner Philharmoniker. Many of them own letters or small notepads by Kleiber, documentary reproductions, photographs or private video copies of rehearsals and concerts. In addition to this, his rare records are milestones and extracts of them will certainly be included in the film.

Georg Wübbolt's I am Lost to the World includes a rare radio interview with Kleiber and emphasises the destructive/inspirational relationship with his famous conductor father Erich.

In some musical ways a miracle, in other personal ways a monster, Kleiber was the greatest conductor of our age. This sober documentary comes on the heels of another, Traces to Nowhere, by Eric Schulz (with testimony from the conductor's sister): orchestral players explain his hold over them, and there is an electrifying rehearsal sequence from Tristan in Bayreuth.