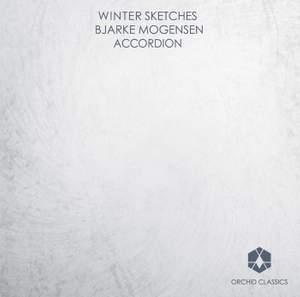 Prokofiev: March and Scherzo from The Love for Three Oranges, Op. 33ter (arr. for accordion)

I. Ice-Flowers on the Window Pane

Bjarke Mogensen is a rising star in his native Denmark, much in demand as soloist, having made his debut aged 13 in a live TV broadcast with the Munich Symphony Orchestra. Concerts for 2011 include a solo recital at Carnegie Hall.

The repertoire on this disc is taken from a rich repertoire of accordion music, much of it based on folk music of Russia, and includes Mogensen’s own transcriptions for the instrument of works by Tchaikovsky and Mussorgsky.