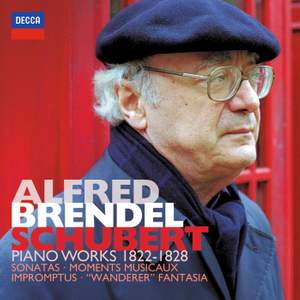 Including Moments Musicaux, Impromptus and the “Wanderer” fantasy, this second Schubert cycle comes in a 7CD boxed set, displaying Brendel’s impressions of the masterworks of Schubert’s last six years.