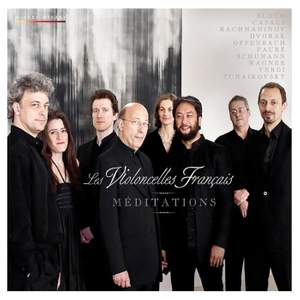 Les Violoncelles Français first appeared in concert together in 2006: eight leading figures of the French school of cellists, they perform here as a consort in homage to violists of an earlier period. They play an entirely new set of transcriptions taken from mainstream repertoire in this, their first recording, arranged by Roland Pidoux.