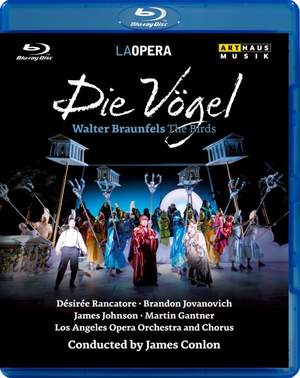 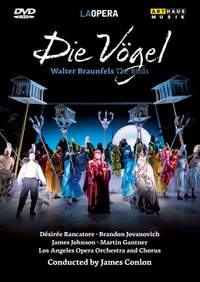 A production of the LA Opera House ground-breaking Recovered Voices project, highlighting the works of composers affected by the Holocaust. Walter Braunfels, a strong advocate of neo-Romanticism, made significant contributions to the world of twentieth-century opera. Yet, he lost his rightful places in twentieth-century opera houses.

His music inhabits a very different world, both geographically and aesthetically, nurtured far from Vienna’s charged, multi-cultural atmosphere. Deeply rooted in German Classicism and Romanticism, he conceals none of his admiration for the inherited past and sees himself as building on its fundamentals. By almost any standard, he was a conservative. The premiere of Die Vögel in Munich in 1920, under the direction of Bruno Walter (who still lauded the work as late as 1950), was a huge public and critical success. The number of productions and performances in the following years was staggering. However, in the post- World War II years of his “rehabilitation,” Braunfels never regained a foothold. Die Vögel was not produced again until 1971 in Karlsruhe and 1994 in Berlin.

Walter Braunfel's Die Vögel is that very rare thing - a neglected work which really is worth reviving...The staging is colourful, with plenty of well-coordinated movement, and James Conlon conducts his Los Angeles forces persuasively, as well as writing helpfully about the opera in the booklet.