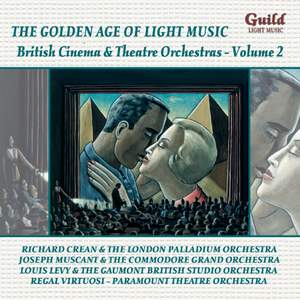 Finck, Herman: In the Shadows

N / A: Aunt Sally (Selection): You ought to see Sally on Sunday, If I had Napoleon's hat

During the early years of the last century, the more important cinemas and theatres often employed a surprisingly large number of musicians, and some of these orchestras achieved considerable popularity through their broadcasts and recordings. In the case of cinemas their importance gradually waned during the 1930s, and they had virtually disappeared by the time that the Second World War broke out in 1939. Although theatre orchestras have continued to exist (usually for musicals), today they are often a pale imitation of the fine ensembles that preceded them. This second collection from the 1920s and 1930s reveals the wide repertoire that was expertly performed in those far-off times.