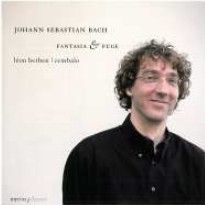 Léon Berben gained his solo diploma in organ and harpsichord in Amsterdam and the Hague. He has played with Musica Antiqua Köln since 2000 and has recorded many CDs. After this ensemble was dissolved, he pursued a solo career and is considered to be a master in his field. His solo recordings on historic instruments have received great critical acclaim.