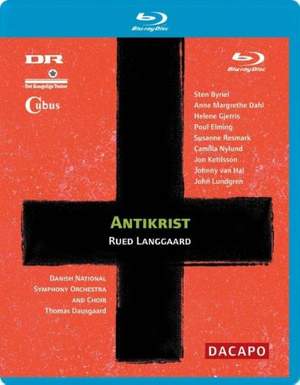 Dacapo's very first Blu-ray production features Rued Langgaard's powerful vision of the coming of Antikrist in the spectacular co-production with the Royal Danish Opera and the Danish Broadcasting Corporation (DR) from 2002.

No punches are pulled as the composer's breathtaking revelation unfolds with its intriguing allegorical characters and its powerful statement about the moral decay of modern society.