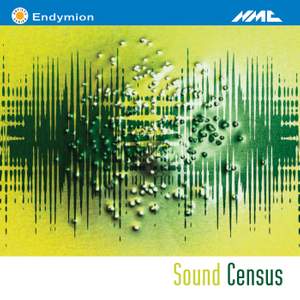 It almost goes without saying that the Endymion players are first-rate advocates for these works...there is a diversity of approach from composers young and not so young here, suggesting British... — BBC Music Magazine, July 2010, More…

Gilbert, A: Word-Chimes in the Wind

Word-Chimes in the Wind: Doubles

Payne: From a Mouthful of Air

I. Calm and still

III. With feeling but flowing

Northcott: Doubles All Round

Fox, Christopher: A Study in Daylight

Endymion celebrates its 30th anniversary with a survey of new commissions from composers who have worked with the ensemble, from senior figures in British music – such as Anthony Payne, Simon Bainbridge and Simon Holt, and younger but established talents like Morgan Hayes and Dai Fujikura – to those at an early stage of their career, such as Joanna Bailie, James Weeks and Naomi Pinnock.

Endymion was formed in 1979 from a group of outstanding National Youth Orchestra students and retains most of its original players.

Endymion has been described as one of the few chamber groups as at home with Mozart as with Birtwistle.

Endymion’s Sound Census project has reached beyond the new pieces on this disc, to include primary and secondary school students in the London Boroughs of Westminster, Camden and Tower Hamlets. Seven Alevel and GCSE students created new pieces in close collaboration with Endymion players.

It almost goes without saying that the Endymion players are first-rate advocates for these works...there is a diversity of approach from composers young and not so young here, suggesting British music is in a state of vibrant health.