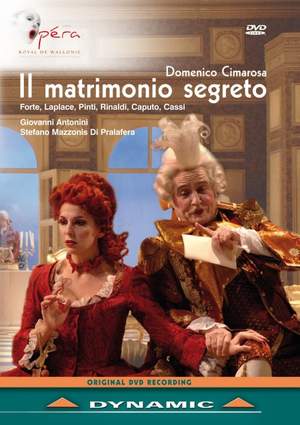 Domenico Cimarosa’s Il matrimonio segreto was a popular example of opera buffa in its day and one of the most successful operas of the eighteenth century.

The libretto for the opera was based on the 1766 English comedy ‘The Clandestine Marriage’ by David Garrick and George Colman.

This comic opera tells the story of Geronimo, a wealthy citizen of Bologna, who is trying to arrange aristocratic marriages for his two daughters, Carolina and Elisetta. What he doesn’t know is that his youngest daughter Carolina is already secretly married to Paolino, his young secretary. Through a series of humorous situations the young couple confess their marriage and all ends well.

* Only recording of Il matrimonio segreto made in 16:9